The first finalists of Tokyo Olympics 2020 of karate is announced on the website on World karate Federation on March 19th. Wen Tzu Yun, from the Department of Physical Education became the first Taiwanese karate athlete to be on the Olympics. Not only achieved her dream but also wrote history, Wen was truly happy that she did it.

This is Japan’s second Olympic after 56 years. With the permission of International Olympic Committee, karate is first listed as one of the categories. The qualification rounds for Tokyo 2020’s

karate competition were originally scheduled to last until April 6. However, due to the outbreak of coronavirus, the last qualification events were cancelled.

Wen won gold in the women’s 55 kg category four years ago at the 2014 Asian Games in Incheon, South Korea, and also won gold at the Asian Games 2018 in Jakarta, Indonesia. Wen happily announced on facebook on her Olympic qualification, saying that as hard as it would be, she thanked everyone’s support including her coach, teammate, teachers and friend and family and the officials. Now she can fully focus on her training since she has tickets in hand.

Until now, Taiwan has secured 32 Tokyo Olympic tickets in archery, shooting, gymnastics, swimming, track and field, freeride, table tennis, equestrian, boxing and karate. We still have the opportunity to get spots in tennis, badminton, taekwondo, track and field, weightlifting, baseball and sailing. The Sports Administration is currently conducting a large-scale epidemic prevention campaign, and at the same time coaching the players not to get upset because of the epidemic. 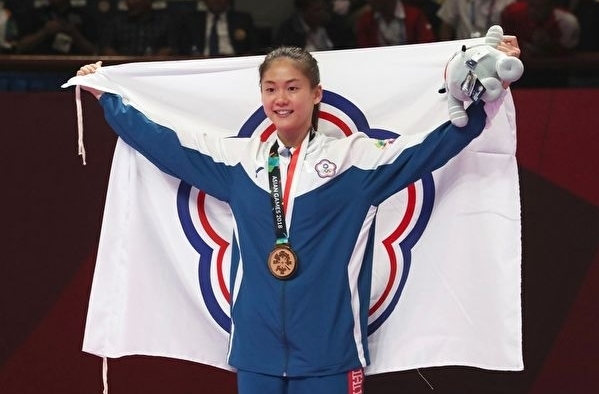