MENUMENU
⍟Original article link
Members of Taiwan men’s gymnastics team include Su Ping Chuan, Lee Chih Kai, Shiao Yu Jan, Tang Chia Hung and Yu Chao Wei scored 250.093 at the 2019 World Artistic Gymnastics Championships held in Stuttgart, Germany, and secured their spots at the Olympics 2020. They attended the final as No. 8 and ended as No. 6, the best record in team in history. Tang Chia Hung also stands out in individual all-around and horizontal bar.
The 2019 World Artistic Gymnastics Championship is a competition for tickets to the Olympics. The Chinese Taipei team scored 11.898 higher than last year, entering the final eight. They will be competing with Russia, China, Japan, Ukraine, United Kingdom, Switzerland and United States. Many of these countries were in top 6 last Olympics and Taiwan is the black horse. Tang Chia Hung and Lee Chih Kai have been attending international competitions and with the teamwork from the teammates, they have achieved their goal of the Olympics!
The International Federation of Gymnastics is amazed by the Chinese Taipei team and on the official website of World Artistic Gymnastics Championships, a report with the title “Harvest day: Chinese Taipei turns in Tokyo-worthy performance” praised the outstanding performance of the Taiwanese team. Who would have known years ago that Taiwan can participate in the Olympics! In fact, the last time the team from Taiwan participating the Olympic can be dated back to 1964 Tokyo Olympics!
Tang Chia Hung ranked the first in qualification round and aims for the first medal in world-class game. 156 athletes joined the qualification found of all-round for the 24 spots in the final round. Tang ranked 14 with a score of 82.763. In horizontal bar, Tang was ranked 5th last time and he entered the final round as top 1. 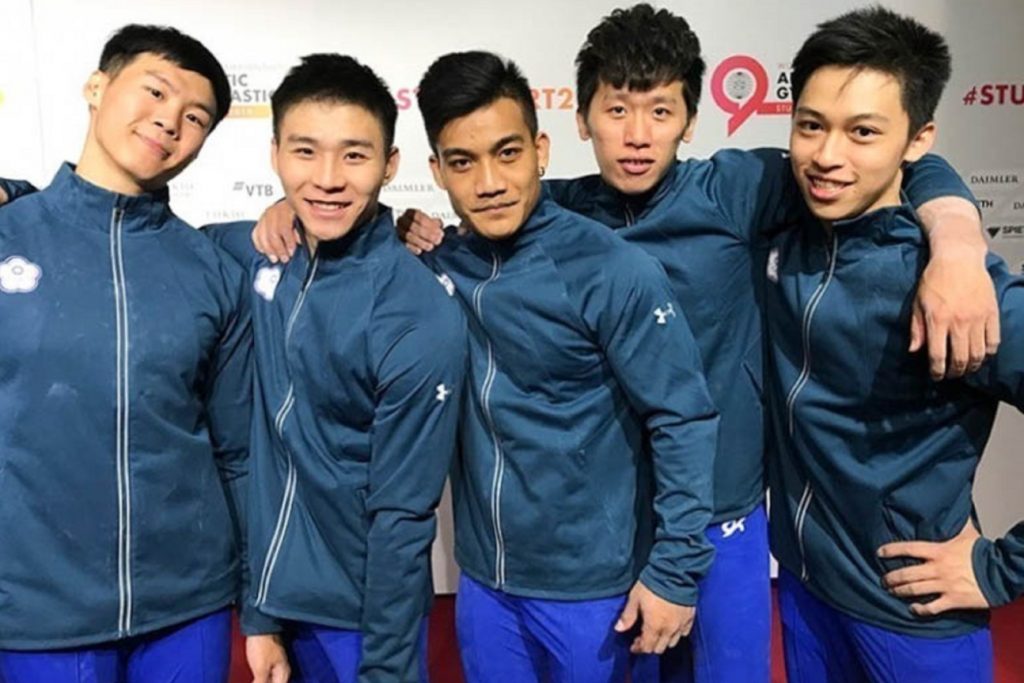