MENUMENU
⍟Original article link
Lin Ying Shin, a Taiwanese sports shooter from the Department of Athletic Performance, took bronze medal at International Shooting Sport Federation (ISSF) World Cup in Rio de Janeiro, Brazil on Wednesday, securing her spot in the Olympics 2020. She is our third shooter that will join the Olympics.  Now in total, we have 12 spots in Tokyo Olympics, in addition to Lin Ying Shin, Tien Chia Chen in 25 meter pistol and Wu Chia Ying in 10 meter air pistol, both are from the Department of Athletic Performance.
The 2019 International Shooting Sport Federation (ISSF) World Cup is the Olympic Qualifying Tournament of next year. Each countries can earn up to 2 seats in each category in shorting, and the top two in the game will be eligible.
Lin, only 20, had a rewarding year last year in International competitions. In May, she took a gold medal in Munich and in August, she brought back a gold in Jakarta with teammate Lu Shao-Chuan in mixed group. However, Lin was injured earlier this year and she was in a slump. In the universiade in July in Naples, she got back on the horse, an took a silver medal with teammates Tsai Yi Ting and Chen Chen Yun Yun. She also won a bronze personally. In the qualification round, Lin scored 628.9 points and entered the final ranked 6th. Although she ended in third, she was glad to have a spot in the Olympics. 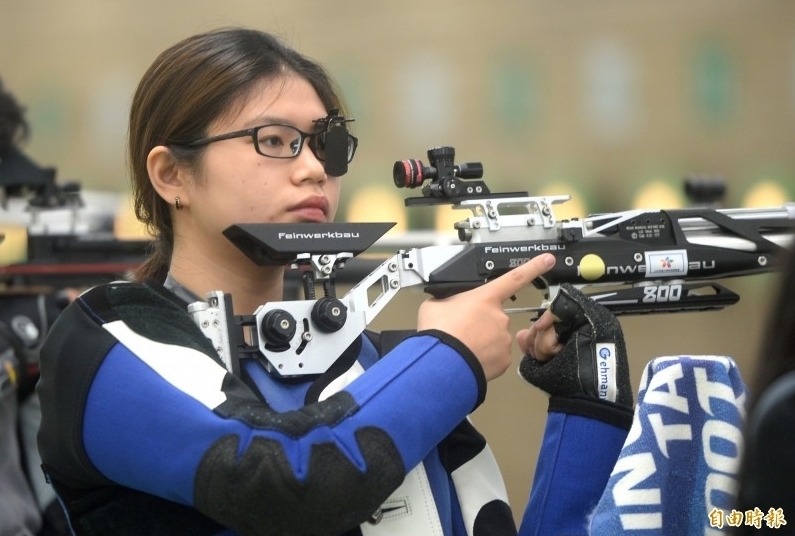